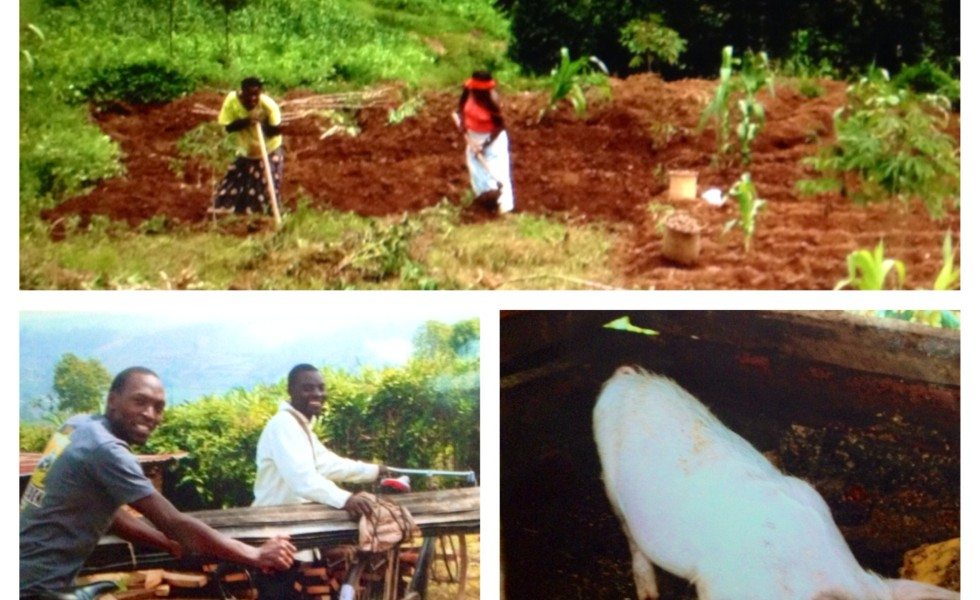 Our goal for Mountain Children’s Ministry is that someday it is 50% (or more) self-sustaining. What this means technically is that the money sent to Uganda from the States only represents half of the budget necessary to run the organization. The greater meaning however is that MCM will not be dependant on the States to survive. Resources and income produced there would sustain them without reliance on the West. On a grander scale this produces dignity, freedom, independence, respect. It gives the courage to disagree and the credibility to teach. These are all qualities we want to teach our children for the future of Uganda. Donating too much produces unhealthy, expectant receivers. We don’t want to model that for our MCM kids. Instead we want to model hard work and perseverance and innovation.

It is a frightening and stressful thing to be reliant on the generosity of others half way around the world to survive. It creates all kinds of unhealthy communication whereby the American “boss” is not told all the things going wrong. Why his ideas are not going to work in this community because no one wants to confront or possibly get fired. Ugandans are accused of being dishonest because they did not have the courage to tell the truth for fear of conflict. I love self-sustainability not because I want to stop giving to Uganda but because it gives Ugandans self-respect. It fosters healthy communication and an atmosphere of learning and growth for all.

I can barely type fast enough; this message is so near and dear to our hearts. I am filled with pride and respect for our MCM Executive Director, Mpeirwe Ivan Twino who has tackled this endeavor tenaciously and creatively from day one. On May 27, 2013 Ivan moved his four children into the new home in Butekumwa. From the leftover wood used to create the foundation of the home, Ivan and his cousin, Method, created a “football shack” This rudimentary structure leans on an already existing home owned by his aunt. With a $200 donation given directly to Ivan by my neighbor Jeri, he purchased 2 used TV’s. He used his electrical engineering background to figure out how to bring electricity to the shack and hook up cable! All throughout the European Club Football (Soccer) season Ivan and Method showed games at the shack for a small entrance fee. One night he had 130 men crammed in there watching two different games! Needless to say this activity has paid the electric bill, the cable bill and a stipend for Method. With the leftover earnings, Ivan bought some seeds for Irish potatoes.

Ivan then requested half an acre from his parents and after hiring local villager farmers, he planted and harvested Irish potatoes in the fall. Not only did he provide work and earnings for the villagers but he harvested 10 large bags of potatoes, each requiring two adult men to lift. With the profits he made from selling those, Ivan bought more seeds and has increased planting Irish potatoes to 3 acres this summer!

In addition, Ivan purchased two pigs as well. He now has the pigs in a small piggery his brother built and hopes to sell those and add more. No American help whatsoever except for the donation from my neighbor! No wonder it does not surprise me when Ivan shared he is hoping to reach 25% self-sufficiency for MCM with the harvest of his three acres. All this in one year! All on his own with a little encouragement and help from friends…an entrepreneur emerges.

Today is Memorial Day, May 26, 2014. Back one year on May 27, 2013 Ivan and his children started on the path to self-sustainability. On a day that we Americans honor those men and women who gave their lives for the right to life, liberty and the pursuit of happiness I think it is fitting that I also include this story about Ivan. He is an unsung hero who is giving his life for those who cannot protect themselves. He is fighting to create a generation of Ugandans who will learn the value of hard work, dignity and respect. He is helping create a Uganda free of dependence on the west. God has blessed him to be a blessing! Happy Memorial Day!