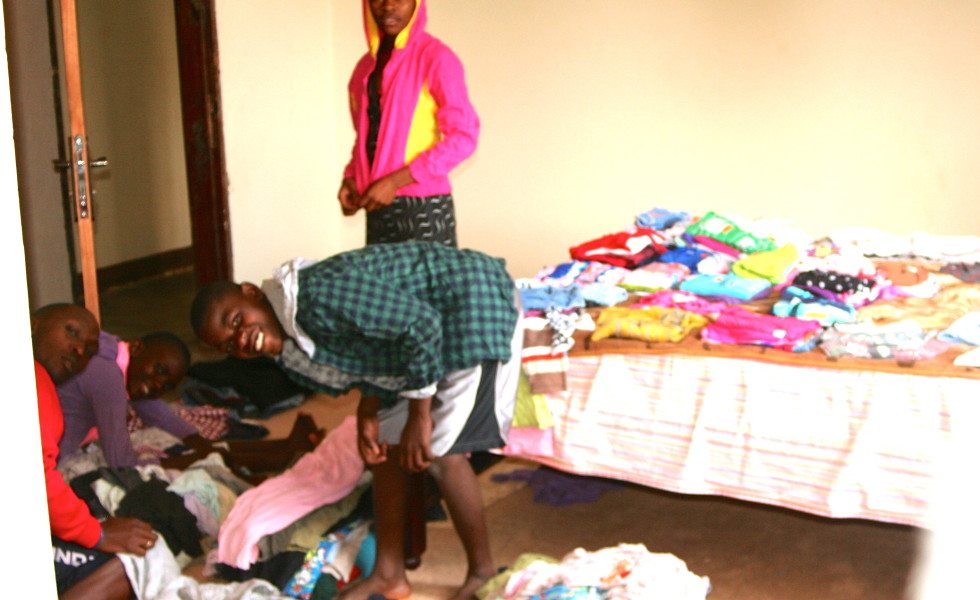 Getting Ready for a Party

We decided to have the children’s birthday party on Saturday, July 5. In a future post, I will tell you how the party went but in this entry, I wanted to share about some of the preparations that went into the party. I purchased small fun gifts for the children in the US but in addition we went out and also purchased what they call in Uganda a “Bale” of clothes. A bale of clothes actually looks exactly like a bale of hay. Same size but much heavier. I couldn’t lift the thing! The clothes are all used and sent to Africa from the west then shrinkwrapped and sealed in heavy plastic. Street vendors buy bales and lay the clothes out at the market and sell them. Rarely does the average Ugandan buy their clothing brand new. In fact new clothes are considered poorer quality than used because American and European clothes are longer lasting.

We opened the bale last Saturday and it took until Monday for us to sort through all of the clothes! Good Night! I am going to estimate over 400 items.The picture shows Ivan and his kids doings some sorting. Only 3 items were ripped and useless as clothing. The huge blessing of the bale is that it only cost approximately $120.00. The down side is that you have no idea what you are getting. Although Ivan requested sizes 6 to 15 years old, he was frustrated at first to find infant sizes in this bale as well. In the end though the infant sizes were limited and we do have infants in the village that need clothes. The happy find was many, many sweatshirts in many sizes and colors. These would have been disappointing in Kampala where the temperatures are high but here in Kabale in the mountains where it is colder it was such a blessing! I am guessing 2/3 of our children will be sporting a “new” warm hoodie after the birthday party! In addition to pants, or skirts and new shirts. Next time, I will share how the kids liked their gifts!

A New Day, a New Start

Give Us This Day…